Just after the turn of the century, in 1917, our maternal side of the family, the Hollingsworths, left Ogallala, Nebraska and came to Southern California.    There was our great, great grandfather “Grandpa Doc”, our grandfather Jay Hollingsworth [a doctor], our grandmother Jesse Hollingsworth, our mother Virginia, her sister Frances [7 years younger], and a bunch of other Hollingsworth cousins and relatives, the whole “Fam Damily”. 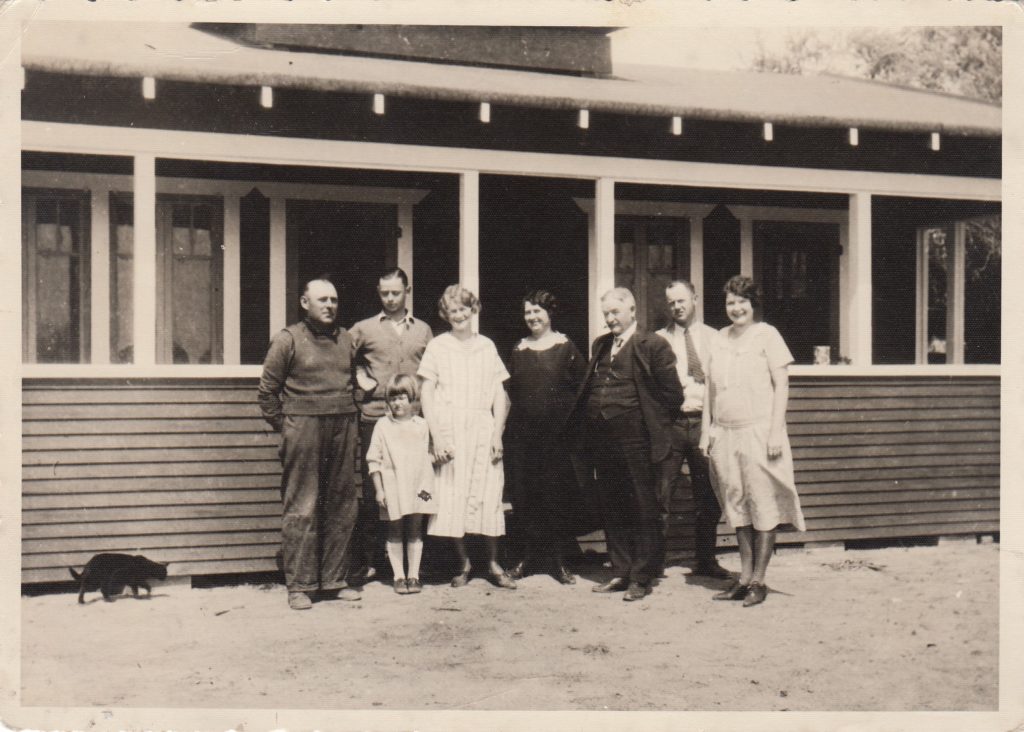 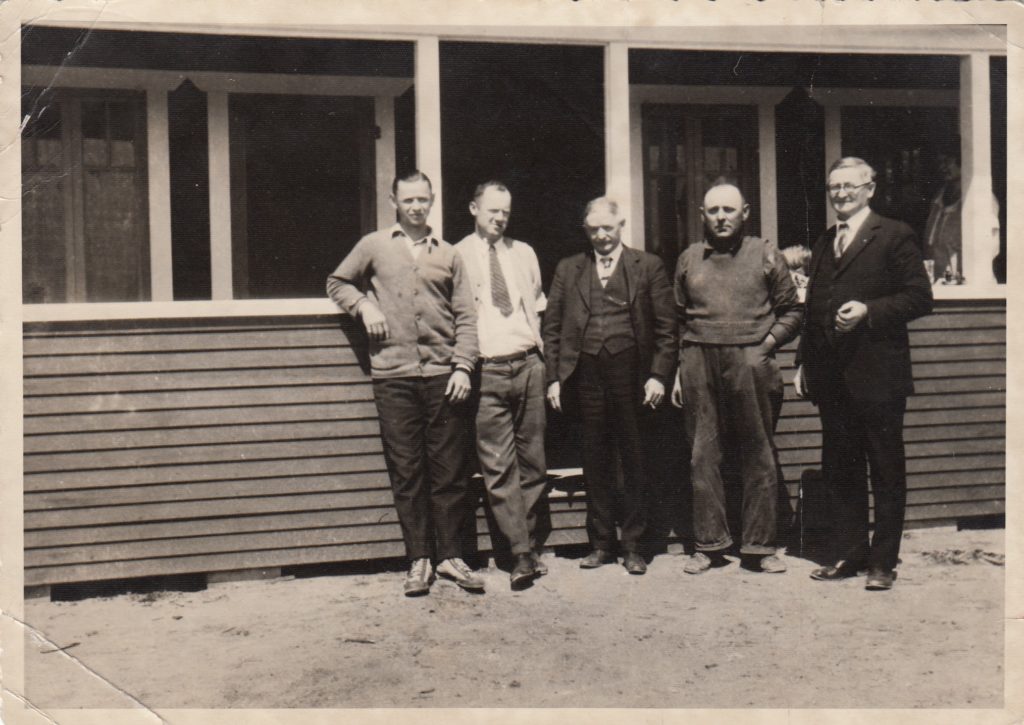 They traveled across the country in a “open touring” Model T Ford.  There were no paved highways back then, it was dirt tracks all the way.  They followed what eventually became Route 66.  They camped along the way since there were no motels, and looked just like the characters in the movie “Beverly Hillbillies”. 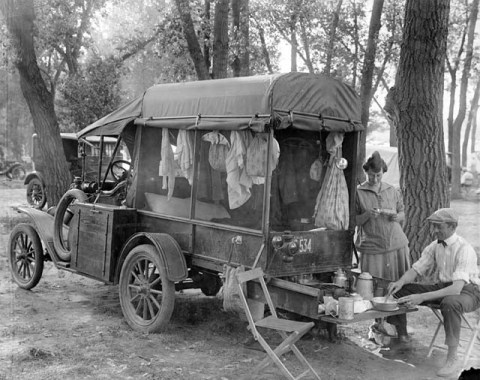 When they got to Los Angeles they all bought lots in a new subdivision located between Temple Street on the north, Beverly Blvd on the south, Reno Street on the east and Hoover Street on the west and had Craftsman homes built.  Jay & Jesse’s home, our grandparents, was on the southeast corner of Dillon & Council.  Jay had died years before we were born.  Jesse died in 1950. 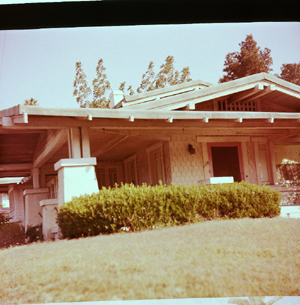 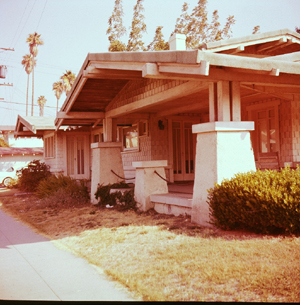 Soon afterwards the family members bought or homesteaded [?] several ranches in the Antelope Valley.  Jesse got one, Jay had another, “Uncle Earl” had a third.  Each was 80 acres.

The ranch that Jesse had is the subject of this site.  The location of Jay’s ranch and what ever happened to it is lost from memory.  As is Uncle Earl’s ranch, although we [Carla and Trent]  remember visiting it several times with our parents. 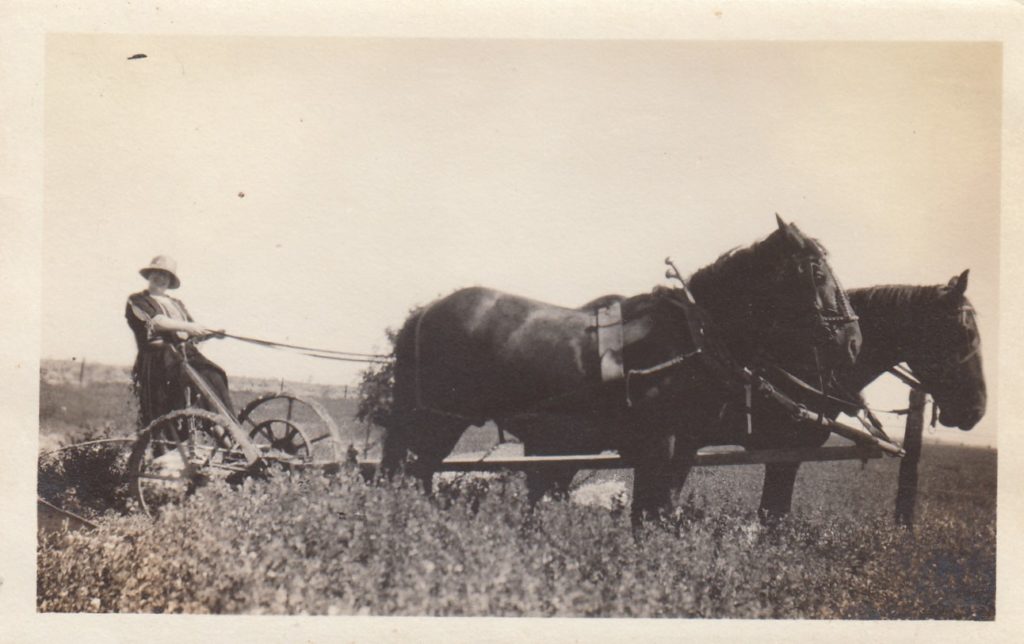 Before tractors, Aunt Hazel driving the team on the ranch!

The ranch was at the corner of 90th Street East and Avenue H, 1 mile east of the “town” of Roosevelt, and 11 miles east of Lancaster.  It was 80 acres, 1/4 mile wide along 90th, 1/2 mile long along Avenue H.  The original ranch house and a barn were built on the northwest corner of the property, and another home was built on the southeast corner [corner of Avenue H & 90th].  A 12″ well, pump house and reservoir were on the southeast corner also. Later [?] the original ranch house was moved from the N/W corner up to the S/E corner and put next to the other house. 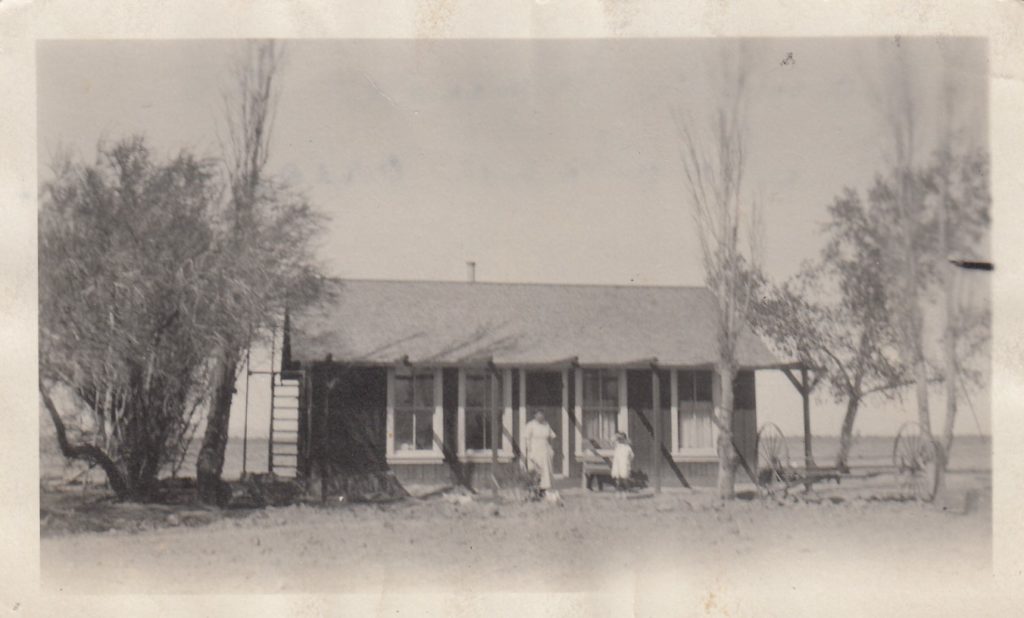 The original ranch house on the N/W corner of the ranch. 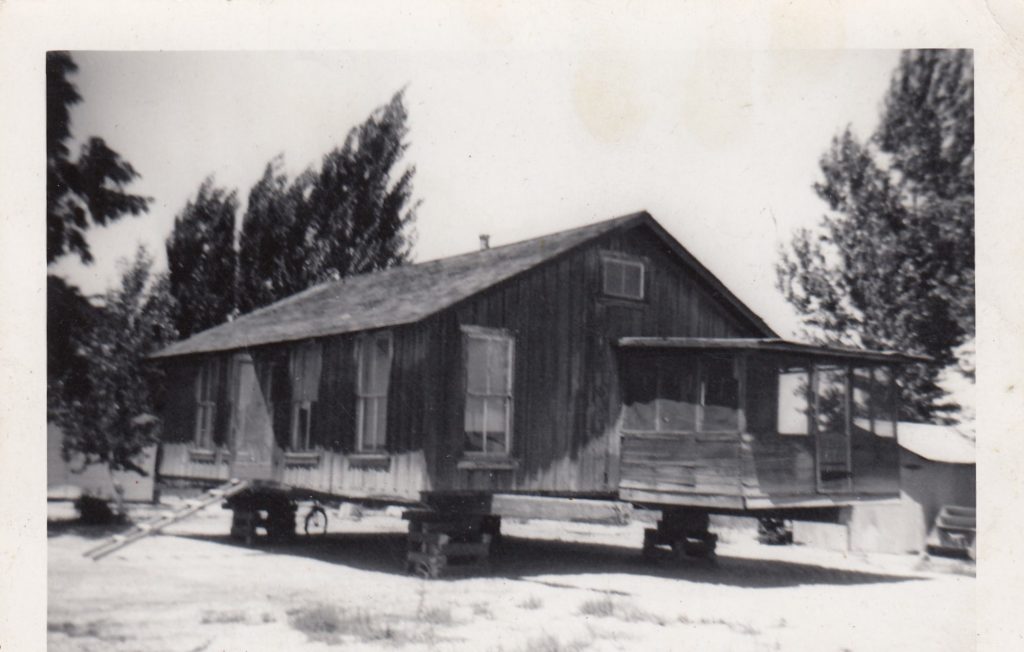 The original ranch house as it was ready to be moved. 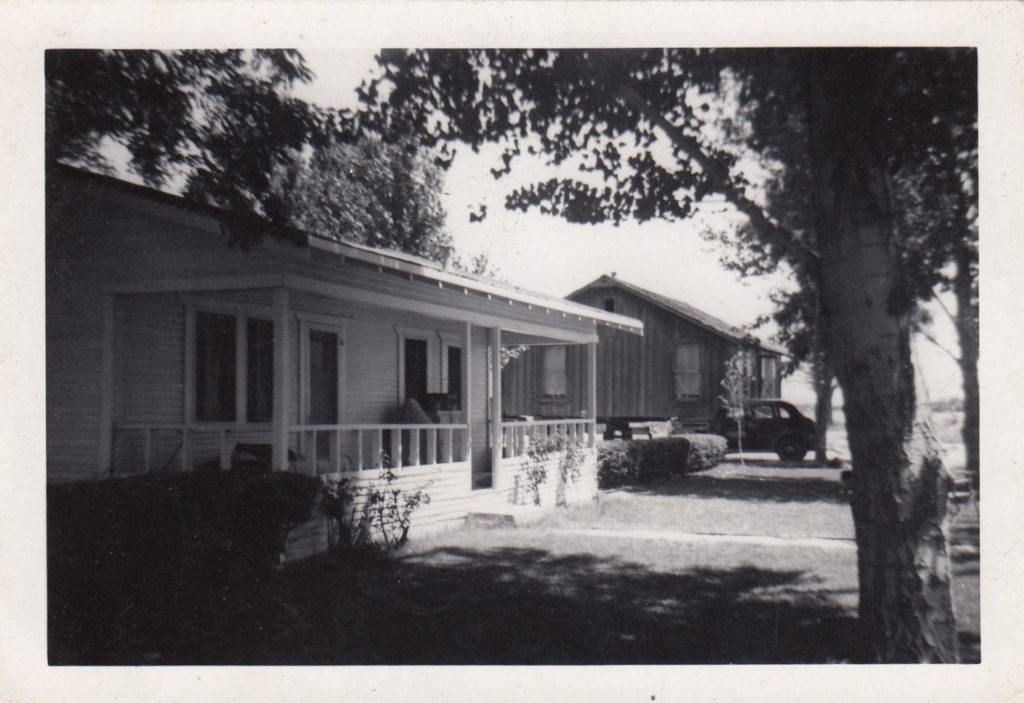 The original ranch house as it was ready to be set in its new location, about 1938 [?] judging from the car in the background. 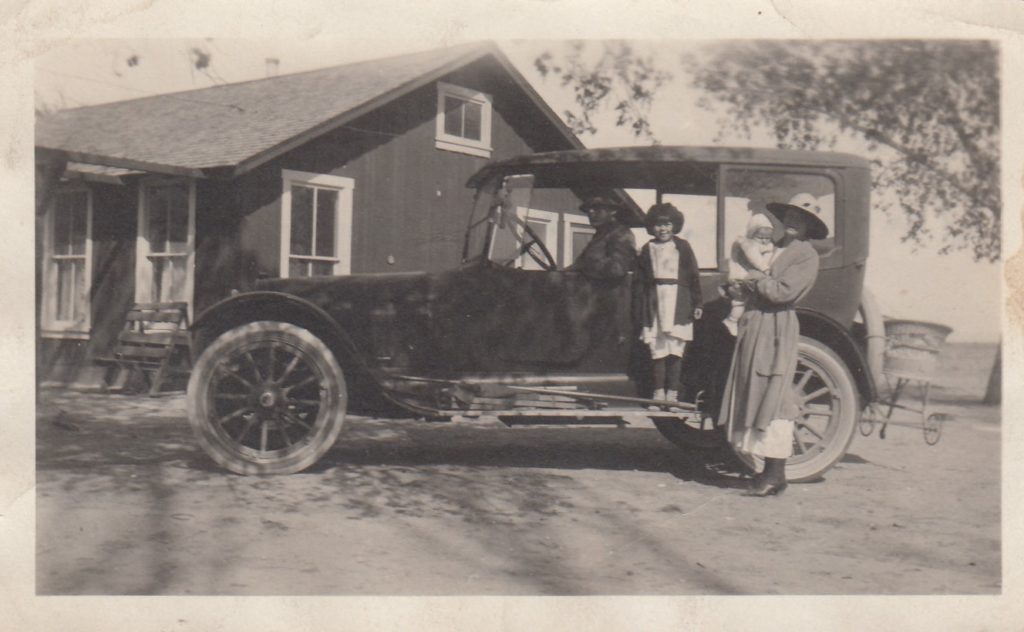 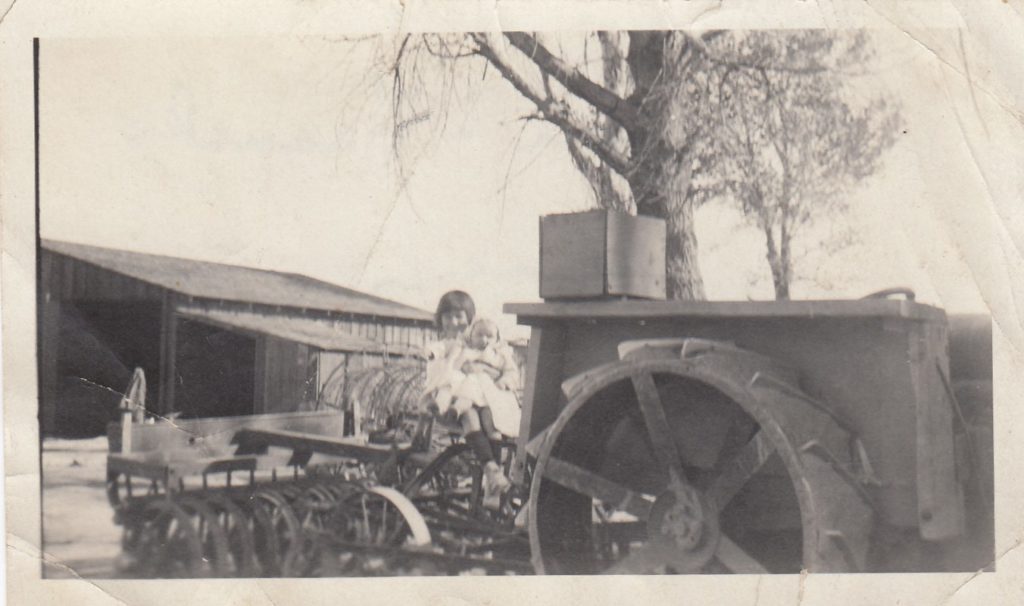 As kids we got to spend a lot of time up at the ranch without parents, and with our grandmothers, Jesse [mom’s mother] and Florence [dad’s mother].  We stayed in the white house above, while our “tenant farmer” Clark Cooper and his wife and two kids lived in the other house. 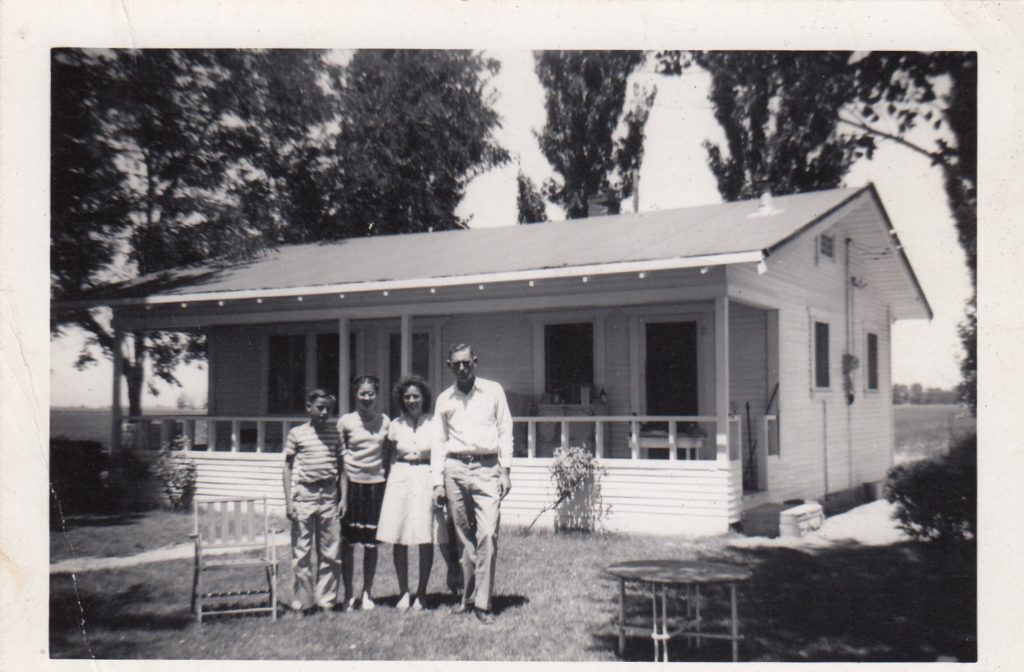 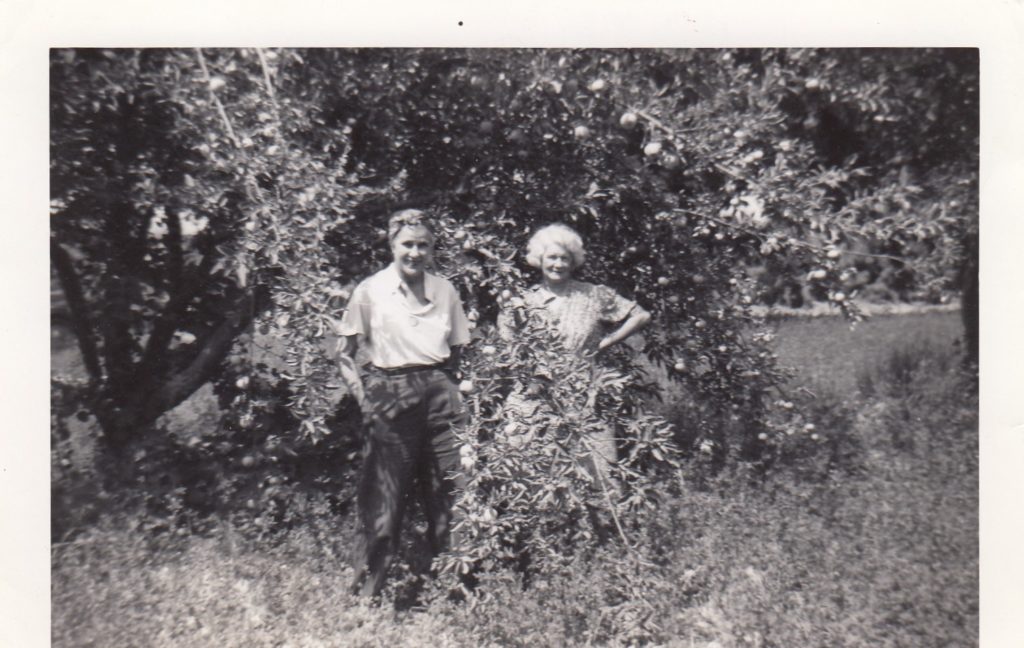 At the far west end of the property was an orchard of apple trees and a 1/2 dozen pear trees.   Lots of memories of those apples and pears!  Grandma Florence & Grandma Jesse in the orchard. 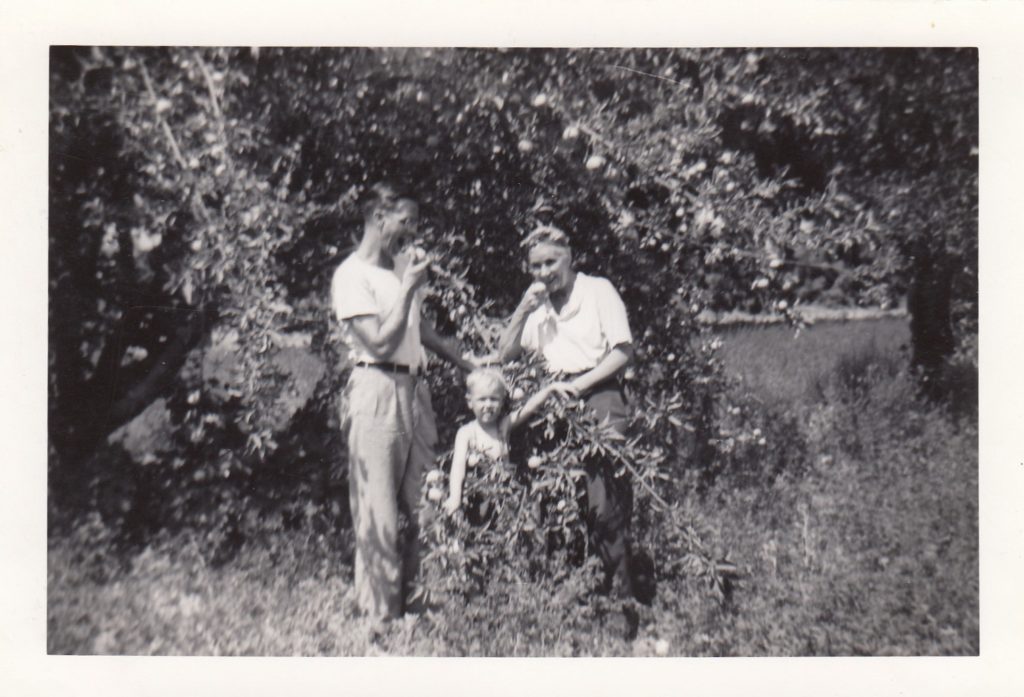