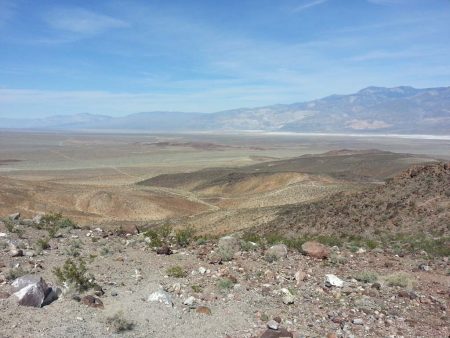 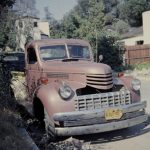 1941 Chevy
We began exploring the Owens Valley, Panamint Valley, and Saline Valley.  The truck was a 3 speed, 2 wheel drive, way under-powered, and we got stuck and broke-down a lot!  We camped in the bed of the truck or in the dirt.  Things to note about this era is that there were almost no 4×4 vehicles back then, unless you had a Army Jeep.  “Dirt bikes hadn’t been “invented”, and cameras were few and far between. 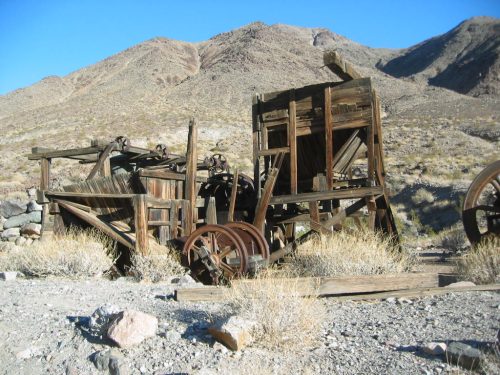 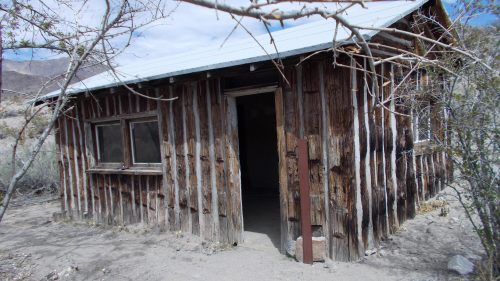 The one remaining shack at the Barker Ranch where Charles Manson was captured. 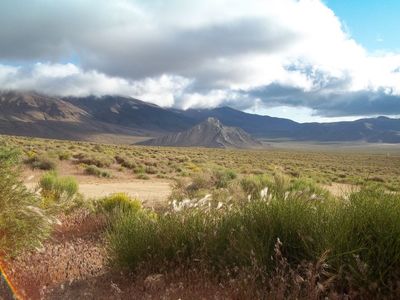 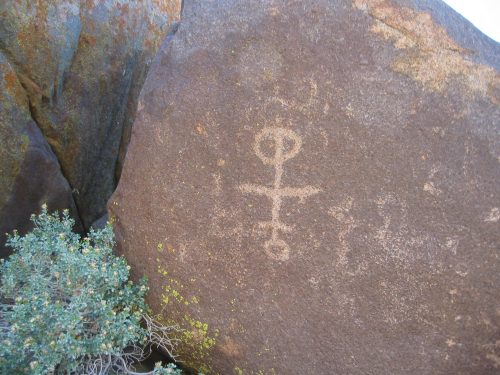 Stepped behind a boulder to pee and found this! 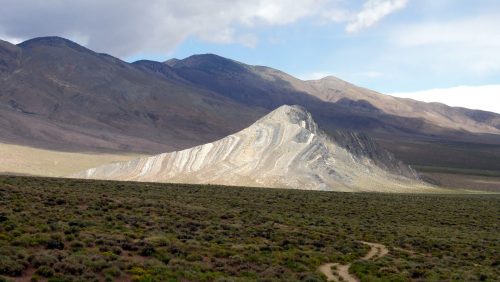 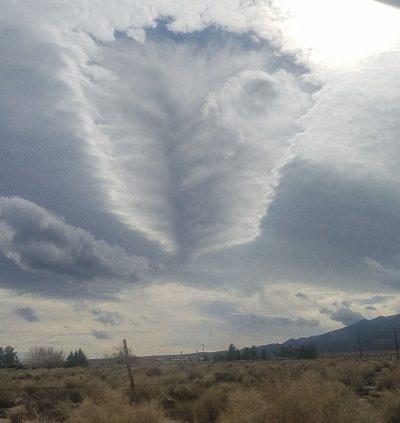 Storm clouds over the desert. 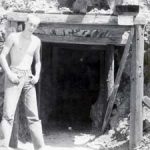